You are here: Home / Catalogue of Lies / Problem Council 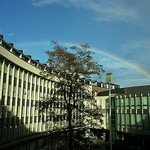 In its Tribunal pleadings Lewisham Council made reference to many systemic issues which had prevented it from running its Youth Support Service properly.

Lewisham Council also made reference to these systemic issues in its response to my Equality form questionnaire.

The Defendants’ stated in their defence to my Tribunal and High Court defamation claims that the concerns/complaints which I raised were unjustified.

Other key workers in my team were also raising the same concerns as I was, and were supportive of me in raising those concerns, yet they were not investigated or even interviewed as part of Lewisham Council’s internal investigation process. I was singled out by the Defendants’.

I told the High Court that:

Elaine Smith even sent an e-mail out to staff asking them staff to develop their own induction pack.

A colleague of mine had written to Valerie’s Line manager Elaine Smith and another senior manager, (Chris Threlfall) regarding Valerie Gonsalves.

My colleague stated that she was shocked, disgusted and very upset about the whole messy situation with the Data protection issue, (referring to the ‘cutting and pasting’ of my medical information into her occupational health referral), and that it was not good for her health and well-being.

My colleague also stated that she is an experienced, professional woman who had a very good working relationship borough-wide and that she did not enjoy being put into embarrassing situations by people who clearly had no concept of communication, management skills or professionalism.

There was a legal dispute between Lewisham Council and Babcock about the Connexions contract which left staff and service users in ‘limbo’.
Lewisham Council were clearly scared about the on-going TUPE dispute and as such they were reluctant to set out what work they wanted the transferred staff to do within the new service.

This fact is supported by e-mail correspondence from Chris Threlfall’s PA to management and HR in mid May 2011, in which she states that he has asked her to set up the above meeting and that the purpose of this meeting is to get clarity on what Lewisham Council can and cannot do with TUPE’d staff.

The minutes to Lewisham Council’s Full-Time workers meeting on 10 March 2011 show that Nick French (the Head of Lewisham Council’s Youth Support Service at the time) states that Lewisham Council cannot replicate what Connexions has been doing: as it cannot afford to take on Babcock’s staff either to employ or make redundant and that while legal challenges exist it cannot confirm what its service will comprise.

Christine Grice informed me herself during Lewisham Council’s internal hearing that she had been following the service plan from the previous year, even though it was supposed to be a new service that I had joined.

In Lewisham Council’s equality form questionnaire response it states that the new service plan was submitted in July 2011, yet this plan was still not being shared with key workers even after I was suspended, as is evidenced by Lewisham Council’s team meeting minutes dated 5 October 2011.

In June 2011, a manager, (Nicolette Lawrence) sent an invite to other managers about ‘unresolved operational issues’ and requested a meeting regarding this.

Before I was suspended from work, Elaine Smith sent an e-mail to her manager Christine Grice and another senior manager- Chris Threlfall, requesting to know what to advise staff in relation to our role and responsibility.

She specifically stated that the key-worker team meeting had been rearranged a number of times in the last couple of months due to the uncertainly around policy changes and that key-workers were already very annoyed with date changes, as well as the lack of direction.

She stated that if managers (Valerie Gonsalves and Nicolette Lawrence) are to lead at the meeting due to take place on 8 June 2011, on their own, they require clear direction themselves. She concluded by requesting an urgent meeting ‘to finally tie-down exactly what the key-workers are meant to be doing (as much as possible) so there is something positive to feedback at the meeting’.

During a team meeting in June 2011, (which I covertly recorded), I and my colleagues raised concerns, (regarding legalities, TUPE issues, health and safety and the running of the service etc). Senior Manager, Christine Grice stated that management should have been ‘much clearer’ and Nick French, (another senior manager), advised staff that the management chain were consistently getting different guidance and it was ‘really incredibly foggy out there’.

The minutes to Lewisham Council’s Full-Time workers meeting on 10 March 2011 states that various members of staff cited stress, stressful conditions and fear of job cuts as being likely causes for the high level of absence.

At the full-time workers meeting in April 2011, Lewisham Council’s Head of Youth Support Service, (Nick French), stated that the work environment was a ‘pit of malicious rumours that is in serious jeopardy of ruining individuals personal and family lives and career prospects’.

Jackie Lynham, (a Unison Rep and Lewisham Council employee for more than 20 years) also stated the following to me during the investigation process, (which I captured on my covert recording): ‘See and as you know and you’re well aware that nothing in this place is confidential you know’

During a team meeting on 8 June 2011, (which I captured on my covert recording), my colleague also stated that she was extremely worried about confidentiality; she felt very anxious and very unsure and had a catalogue of things happen. She gave the example that her wage slips had been all over Lewisham and she felt like nothing is confidential and it was scary.

Employment Judge Balogun, aka Adenike Muinat Balogun was appointed as a Salaried … END_OF_DOCUMENT_TOKEN_TO_BE_REPLACED