You are here: Home / Defamation by Lewisham Council / Statements made by Unison Reps 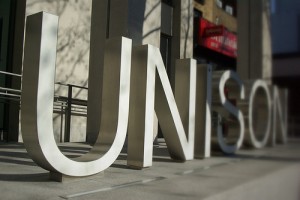 Unison reps (were involved with the dispute between myself and Lewisham Council and its managers), right up to the internal investigation stage.

Unison reps had been copied into e-mail correspondence throughout my employment with Lewisham Council.

The Lewisham Unison reps who had been involved, make numerous comments and statements in my covert recordings, which I advised Mrs Justice Sharp and Mr Justice Eady, support and are consistent with my allegations against Lewisham Council and its managers.

Comment made by Jackie Lynham- Unison rep (and Lewisham employee for 20 years), to me about the Lewisham Council and Christine Grice- during the investigation interview break on 1 November 2011:

Jackie Lynham: … they’ve done lots of things wrong. I told you before.
All I’m saying to you, do you think in their position…she’s got managers that have absolutely fucked up big time right, she’s answerable to it all…

Conversation between myself, Delroy Bent (also a Unison rep) and Jackie Lynham before the investigation interview on 25 October 2011 regarding my suspension:

Jackie Lynham: Yeah, she because they don’t know how to handle the situation and what’s happening, and I think the suspension was no reflection on that you’ve done anything wrong. T
hey recognise, they, they everything they’ve done wrong…be fair.
From you know even if it’s sending a letter they send it to the wrong place or some mistake will be made.
Rather than when you got a situation when you know everything has gone wrong for someone…

Jackie Lynham:…you correct and you check because, but they just haven’t.
And everything…and I think by the suspension wasn’t a reflection on anything that you might have done wrong, it was the fact that we keep doing things wrong

Comments made by Jackie Lynham to me before the investigation interview on 25 October 2011 regarding my suspension:

Jackie Lynham: …is the fact that everything that’s happening, you keep quoting that it’s affecting your health…right which it is…but what they don’t wanna then be liable for is the fact that they’ve caused a situation with your health through all their wrong-doings…so that’s what the reason why…

Jackie Lynham: ….and if I’m the employer, I’m not gonna keep giving you ammunition to add to that am I…you know that’s their position isn’t it.
I’m not gonna carry on doing things wrong but actually Christine Grice must of has a field day with her staff …
I would have done, because at the end of the day, they’re inadequate, you know…to say the least and the things they keep doing wrong its actually adding fuel to your tribunal claims…

Comment made by Jackie Lynham to myself and Delroy Bent (of Unison) during the investigation interview break on 25 October 2011 regarding the allegations made against me:

Jackie Lynham: But you know…you don’t have to answer anything you’re not comfortable with. But now I can see this is where this is going, that they’re gonna produce out of the hat some erm complaints

Conversation between myself, Delroy Bent and Jackie Lynham (of Unison) during the investigation interview break on 25 October 2011 regarding the allegations made against me:

Jackie Lynham: Yeah it should be…but in retrospect what they’re doing is tryna put their house in order

Delroy Bent: The good thing is that you’re onto their game so

Jackie Lynham: Well yeah but you know, it shouldn’t become a game because it’s peoples lives that you’re dealing with. But it’s about you’re accused of something, you’re gonna defend it aren’t you?
You know, that’s their stance on it rightly or wrongly and I’m sure on the quiet, if I spoke to Christine Grice she would say what have my management been up to? You know, Jesus Christ you know’…

Jackie Lynham suggesting that management, (the Defendants’) made complaints about me in order to divert attention from themselves, (on 1 November 2011):

Jackie Lynham: See I…I think there was lots of stuff going on behind the scenes with Valerie and stuff and I think…I get the feeling that they were using the situation with you to get to Christine themselves over things

Jackie Lynham: It’s just sort of rumours and things you hear… how can I put it without…they might have used the factors of your situation….

Jackie Lynham: …to a means to their own end on things….

Jackie Lynham: You know…But I just think that, you know, something happened soon after you were suspended and I just thought, that’s not how I pictured their relationship 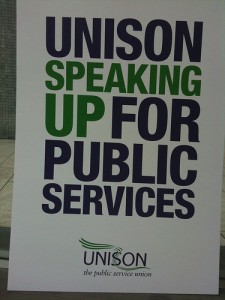 Employment Judge Balogun, aka Adenike Muinat Balogun was appointed as a Salaried … END_OF_DOCUMENT_TOKEN_TO_BE_REPLACED