You are here: Home / My Bio and History

The unrepresented Claimant in the legal cases featured on this website, (AA Vaughan), is an Activist and a Truthseeker.

I was born and grew up in an inner-city in London.

I obtained a degree and went to work with disadvantaged and troubled youths in the inner-city for 15 years, in Secondary schools- including Special Needs schools, Colleges, Pupil referral units, Lewisham Youth Offending Service, Lewisham Connexions and Lewisham Council, before being exposed to the type of injustice which I have always fought so hard against on behalf of others.

What do I know about employment and defamation law?

Just the basics, as I am not legally trained and defamation law is particularly complex. I am quite a good researcher though!

Through necessity, I was forced to develop an entire range of new skills that I never needed before. I intend to try my hand at blogging now and will try to incorporate what I have learned in order to help others.

Fortunately enough for me, I know exactly where I come from.

I am a direct descendant of Scipio Vaughan, he had been a slave. He was captured in 1805 and herded onto an English-owned vessel headed for Charleston, South Carolina. Upon arrival he was sold to Willie Vaughan, a newspaper publisher, whose surname he assumed.

Scipio was hired as a carpenter, brick-maker, and iron worker, (skills he had learned in Africa). He had social mobility and this brought him into contact with Bonds Conway. In 1793 the Conway had become the first free black man in Camden. He was a successful small businessman and land-owner and even bought land from Willie Vaughan.

Scipio gained his freedom and married an American Indian woman. They had 9 children. On his deathbed he told two of his children (his sons), to go back to Africa, to return to Nigeria, which is where he was from. His son’s were Burrel Carter Vaughan (1870-1926) and James Wilson Vaughan (1866-1923). They carried out his wish and went, but they always kept up a correspondence with the family.

Scipio Vaughan is my great-great-great-great grandfather. The Vaughan family was featured in an article of the 1975 February edition of Ebony magazine, entitled ‘The Vaughan Family: A Tale of Two Continents’. (Snippet from Ebony Article)

My family is also written about by Professor Lisa A. Lindsay in Chapter 9 of the book entitled, ‘Biography and the Black Atlantic’.

Members of my extended family include:

Jewel Lafontant was an official in the President George H. W. Bush administration. She was also an attorney in Chicago.

President Richard Nixon considered her as a possible nominee to the Supreme Court of the United States.

Lady Kofo Ademola (wife of the first indigenous Chief Justice of Nigeria- Sir Adetokunbo Ademola). He studied law between 1923 – 1931 at Cambridge University.
He obtained a BA degree and an MA and was called to the bar (Middle Temple) in London in 1934.

In Nigeria, between 1934 – 1935, he was crown counsel at the Attorney-General’s Office. In 1949 he became the third Nigerian to be appointed a Pusine Judge.
In 1948 he served as a member of the Commission for the revision of Court legislation. He was the first Nigerian head of the judiciary in Nigeria.

He was knighted in January 1957 and in 1963 he was appointed one of Queen Elizabeth’s Privy Councilors. The Queen awarded him a KBE in 1963.

Lady Kofo Ademola is the first black female and first Nigerian woman to receive an undergraduate degree from Oxford University, (in 1935). She was the daughter of Honourable Eric Moore, (a member of the Colonial Legislative Council and first Lagos member of the United Nations committee of experts advising on labour regulations and conventions) and Arabella Moore (of the Vaughan family).

Lady Kofo Ademola was born May 21, 1913 and was an educationist and writer. A prolific author of children’s literature. She died on May 15, 2002. 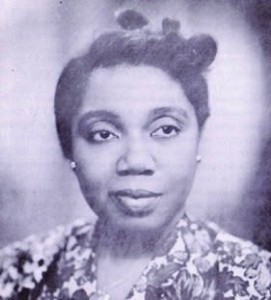 Also a member of my extended family…

He was sentenced to 4 years in prison as a conscientious objector during World War II.

Sutherland made Ghana his home and lived there for several decades.
As the private secretary to the finance minister of Ghana, he invited Martin Luther King to the independence of Ghana in 1957.

He assisted Malcolm X in what would be his last trip to Tanzania. He had close ties with African leaders including Kwame Nkrumah of Ghana, Kenneth Kaunda of Zambia, and Julius Nyerere of Tanzania, antiwar leader David Dellinger, civil rights activist Bayard Rustin, and George Houser, (the director of the American Committee on Africa). Sutherland was also a colleague of Pan Africanists such as George Padmore and C. L. R. James. 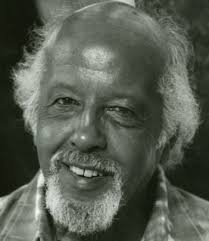 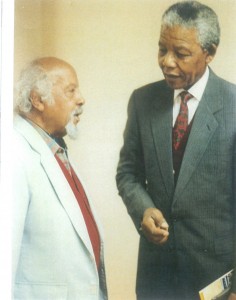 When the above picture was taken, Bill Sutherland was on the American Friends Service Committee and Nelson Mandela was of course President of the African National Congress. Courage is the most important of all virtues, because without courage, you cannot practice any of the other virtues consistently— Maya Angelou

You may not control the events that happen to you, but you can decide not to be reduced by them— Maya Angelou

Employment Judge Balogun, aka Adenike Muinat Balogun was appointed as a Salaried … END_OF_DOCUMENT_TOKEN_TO_BE_REPLACED