It will become clear after reading about the circumstances of my employment with Lewisham Council, why my decision to take the precaution of making covert recordings my interactions with management was necessary and indeed justified.

Please also refer to the ‘Catalogue of Lies’ section.

The background to the legal actions includes the following (extracts taken from my Employment Tribunal pleadings): 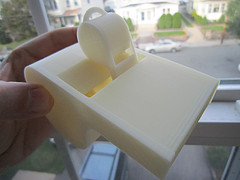 All of the above were warning signs. It became clear to me by this stage that Lewisham Council did not want me.

You can click on the PDF to see all of the other detriments that I would go on to be subjected to by Lewisham Council, its managers and HR staff, between April 2011 and April 2012.

Employment Judge Balogun, aka Adenike Muinat Balogun was appointed as a Salaried … END_OF_DOCUMENT_TOKEN_TO_BE_REPLACED